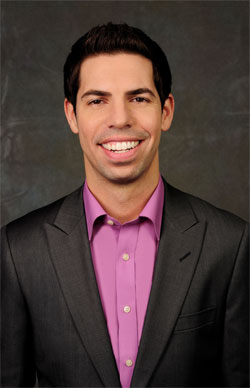 On top of everything else going on, there are more than 70 wildfire zones burning across 15 states right now, and tens of millions of people are under some sort of heat warning or advisory.

Here’s what you need to know to Get Up to Speed and On with Your Day.

(You can also get “5 Things You Need to Know Today” delivered to your inbox daily. Sign up here.)

Sen. Kamala Harris officially accepted her historic vice presidential nomination on a night filled with heavy hitters at the DNC. The most talked-about words came from former President Barack Obama, who set aside an unwritten presidential rule to not directly attack the current officeholder and unleashed a scathing rebuke of President Trump’s governance. Obama said he’d hoped Trump would take the presidency seriously and develop “some reverence” for democracy. But, Obama said, “He never did.” Sen. Elizabeth Warren and Hillary Clinton also spoke during the third night of the virtual event, with the latter issuing a strong warning to voters to make their voices heard. “Don’t forget: Joe and Kamala can win 3 million more votes and still lose,” Clinton said. “Take it from me.”

States across the US are now seeing a decline in coronavirus cases, according to Adm. Brett Giroir, the Trump administration doctor overseeing testing. However, Giroir warned things could change quickly if Americans aren’t careful. A quick look at the rest of the world shows how easy it would be to backslide in the virus fight. France and Spain have reported new daily record increases in cases since coming out of lockdown. Germany recorded more than 1,700 new cases in 24 hours, marking the country’s highest number of daily infections since April. In New Zealand, where the disease was thought to be all but eradicated, officials are still searching for the cause of a new cluster of outbreaks. South Korea has seen a week of triple-digit daily case counts, and Japan learned that one-third of its total cases overall were reported just in August.

Postmaster General Louis DeJoy and the USPS are trying to calm public outrage over now-halted changes at the agency that critics say slowed mail service. That means they’ll have to convince Americans that mail-in voting is safe and reliable while also battling back attacks from the Trump administration. DeJoy is set to appear at congressional hearings tomorrow and Monday on the matter. President Trump isn’t letting up his fight on mail-in voting, though. His reelection campaign has sued New Jersey over its decision to use a hybrid voting model in which ballots are mailed to all residents, who can choose mail-in or in-person voting. Meanwhile, House Democrats released their $25 billion US Postal Service proposal, touting more than 200 co-sponsors. (P.S. If you’re not sure of the differences between absentee and mail-in voting, we got you.)

The US economy is still staggering in the absence of more widespread federal aid. Remember, with Congress mostly out in August, any major movement on new stimulus measures probably won’t come until September. Consumer spending is down 8% from January, and the number of open small businesses has fallen almost 20%. The unemployment rate, at 10.2%, remains higher than at any point during the Great Recession. School reopenings have caused another wrinkle: According to new research from the Census Bureau and the Federal Reserve, one in five working-age adults is unemployed because the pandemic upended their child care arrangements. And confusion still abounds over Trump’s recent executive actions for coronavirus relief, including a payroll tax cut that many businesses say is unworkable.

Russian opposition leader and outspoken Kremlin critic Alexey Navalny has been hospitalized after what his spokeswoman says is a suspected case of poisoning. Navalny is unconscious and on a ventilator in a Siberian hospital, where doctors say he is in “serious condition.” His spokeswoman says Navalny’s staff believes he was poisoned with something mixed into tea he drank at an airport prior to boarding a flight to Moscow from the Siberian city of Tomsk. Doctors are trying to confirm a diagnosis. Lawyers representing Navalny’s Anti-Corruption Fund are pushing for a criminal investigation, saying it’s clear Navalny was poisoned because of his political activities.

Google Maps is getting a detailed redesign

So, now you’ll have a fancier way of knowing how lost you are.

Can’t figure out what to watch? Netflix is trying out a shuffle button

Are they trying to keep us glued to the couch forever?

Firefighters freed an officer who was stuck in his own handcuffs

Oh, man. We’ve all had days that feel exactly like this.

That’s about how many arrests have been generated by a controversial Justice Department policing program launched last month. Operation Legend has sent more than 1,000 federal law enforcement officers to nine cities with increasing crime rates. About 400 guns have been seized, and 217 people face federal charges for a variety of crimes.

“We have every expectation that every country in the world will live up to its obligations.”

Secretary of State Mike Pompeo, who said he will go to the United Nations soon to put pressure on the UN Security Council to restore sanctions on Iran after a failed effort by the US to extend an arms embargo on the country

Spin the cake for a surprise

It’s like a flip book, except it’s cake. People are just too creative (and talented) sometimes. (Click here to view.)